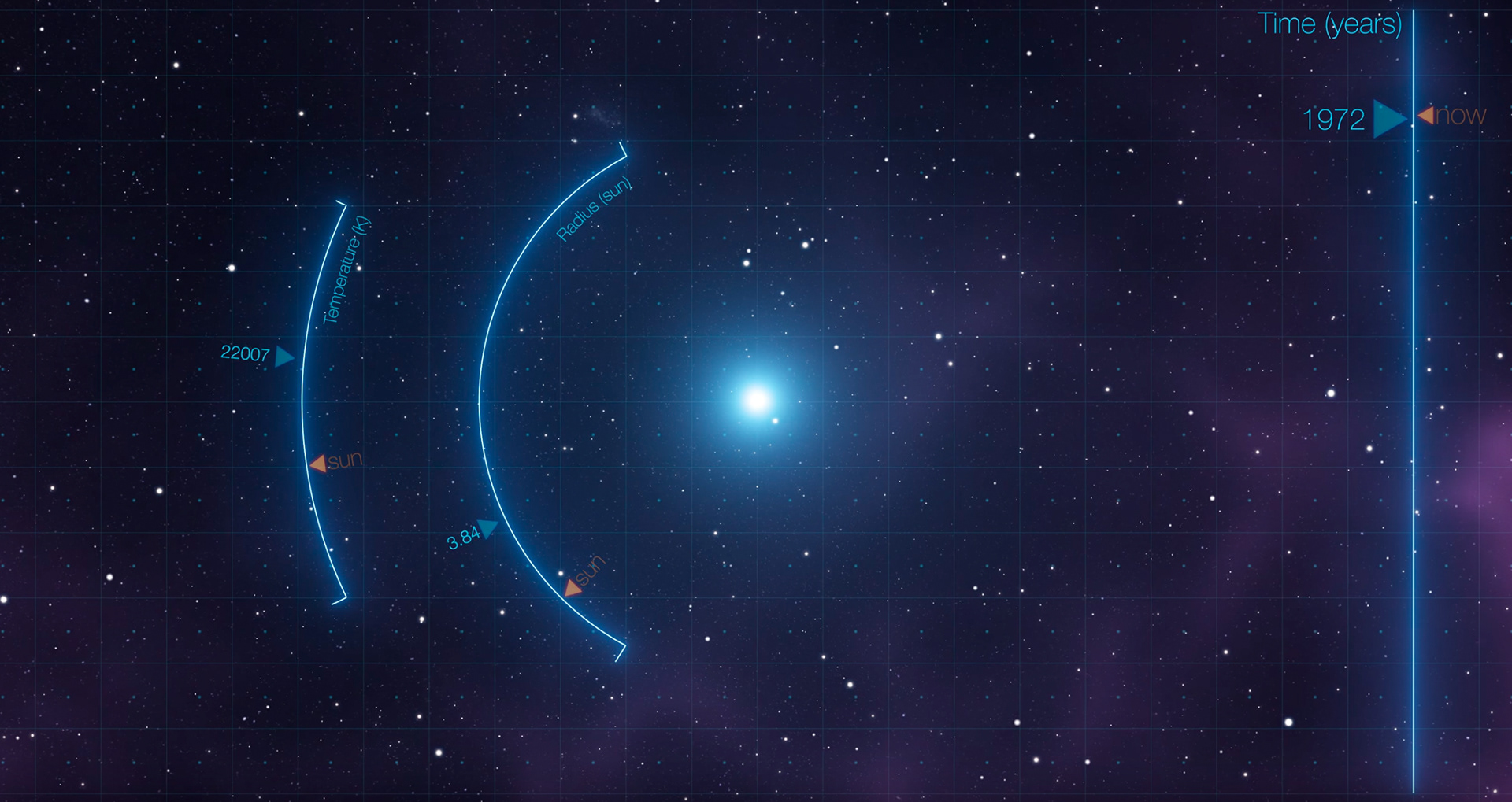 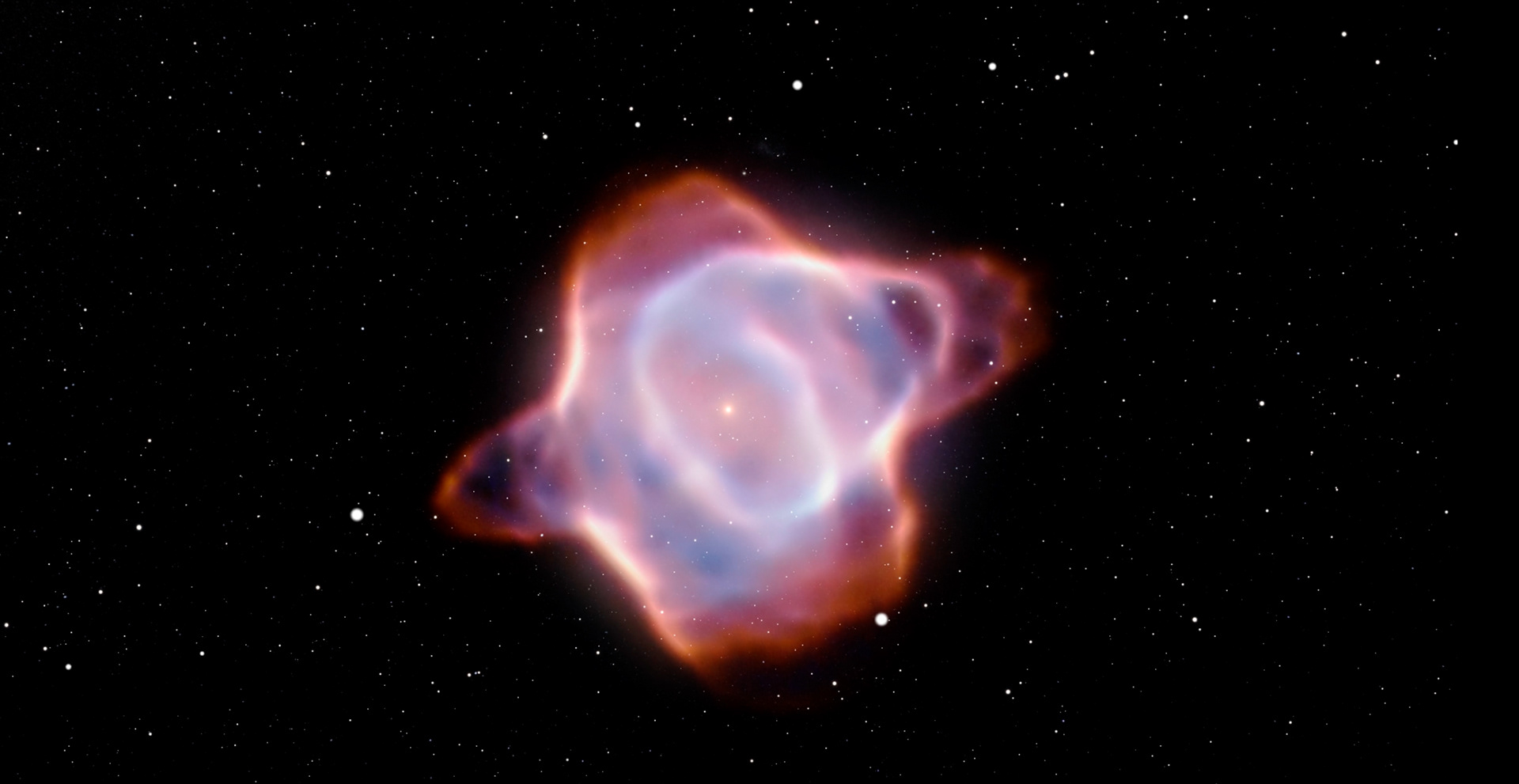 This animation shows the fast evolution of SAO 244567. The animation starts 10 300 BC, with the star having a radius 152 times the size of the Sun and a surface temperature of about 3500 degree Celsius, giving it its orange colour. At this point of its life the star had already lost half of its initial mass.

After 10 000 years the star slowly shrinks to only 40 times the size of the Sun; at the same time its temperature rises to 6800 degree Celsius, causing its colour to change to white-yellow. As the star heats up to about 20 000 degree Celsius Helium fusion inside the star suddenly gets re-ignited — the late thermal pulse.

Within the next few hundreds of years SAO 244567 will expand back to its giant dimensions and also change its colour to orange — as shown at the end of the animation.

Credit: ESA/Hubble/L. Calçada
↑Back to Top